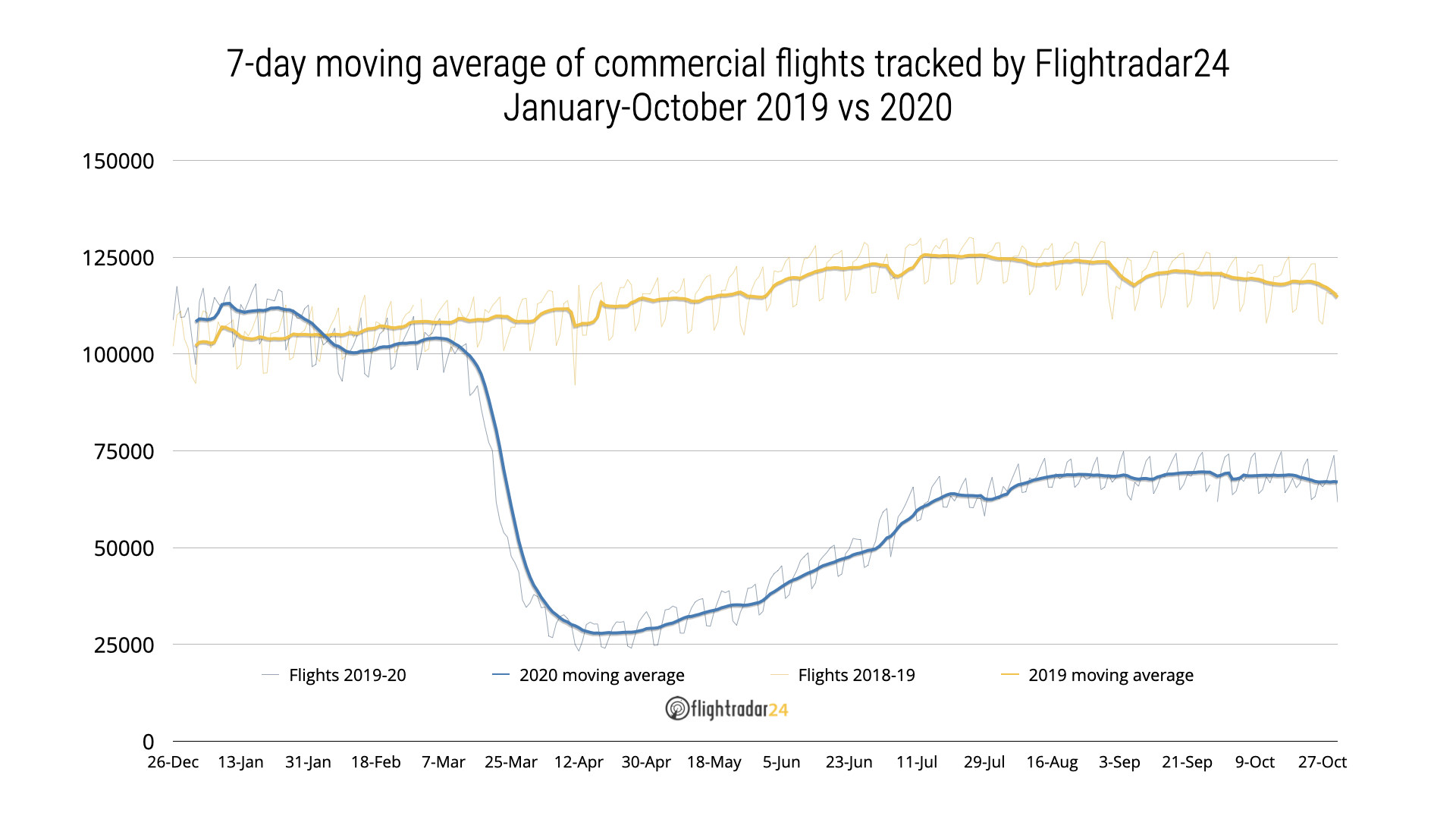 Total traffic has continued to lead commercial traffic, ending October down 25.2% from 2019. Traffic in September was similarly off 25.9% from the same month last year. 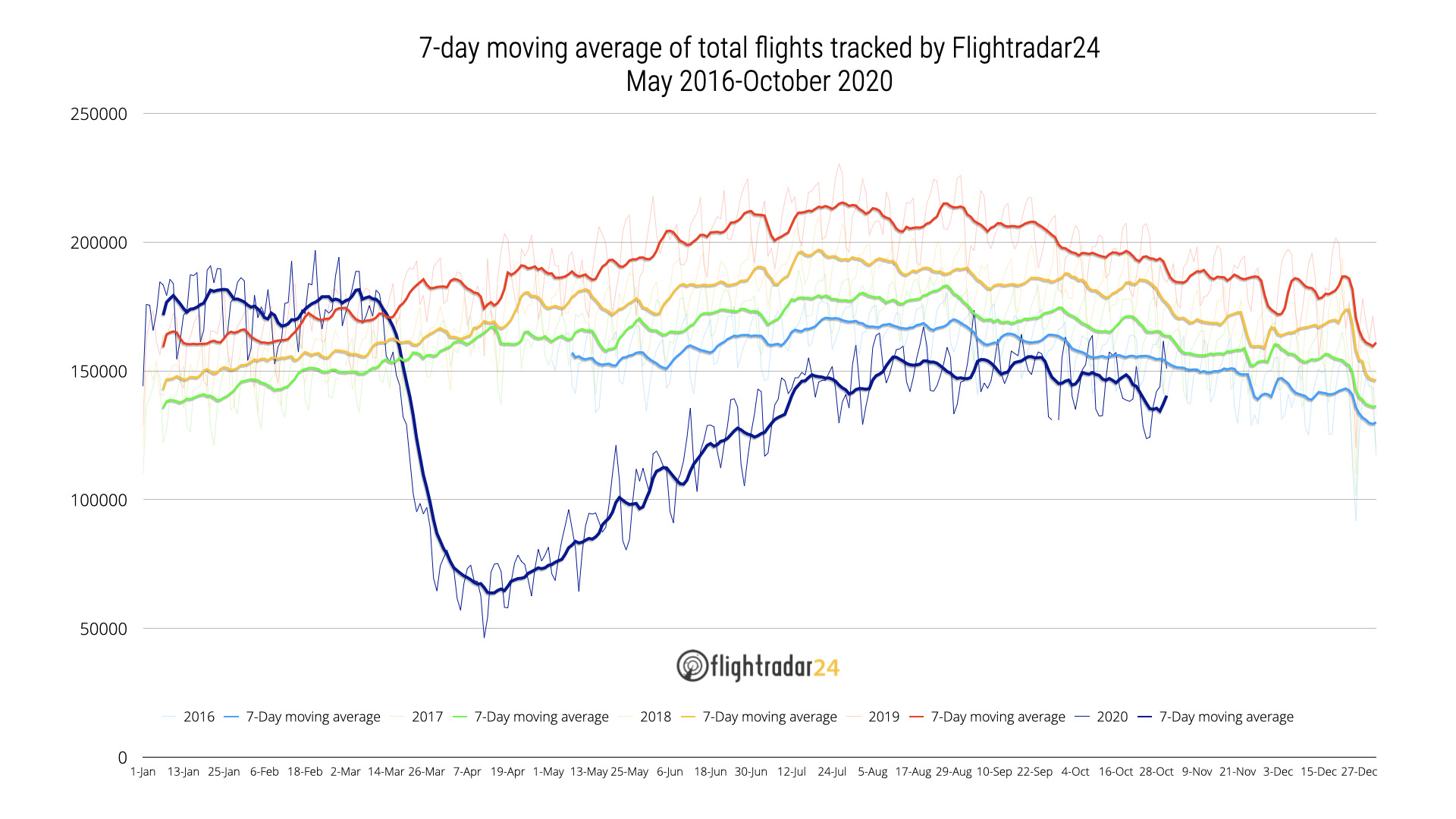 What remains to be seen in November is how closely traffic will follow previous seasonal trends or if further improvements or restrictions will dramatically sway a fragile recovery.

Begin an annual subscription to remove ads and unlock over 50 premium-only features. For a limited time only, get 6 months free.

Upgrade and get 6 months free

Offer ends Sunday December 6. Can only be purchased via Flightradar24.com not via App Store or Google Play. Subscription can be accessed across all platforms.