Bek Air flight Z9 2100 crashed shortly after take off from Almaty International Airport, the airport confirms. Flight 2100 was operating from Almaty to Nur-Sultan. The flight was operated by a Fokker 100 registered UP-F1007.

Update 2 January — Bek Air published a presentation (Part 1 | Part 2) releasing details about the flight. The airline says the aircraft commenced its take off roll with 0 degrees flaps (standard for a Fokker 100) and the aircraft and engine anti-ice systems were active.

Note: this is not an official investigative report issued by authorities, it is information furnished by the airline. Russian investigators have been delegated the task of processing the flight recorders.

The flight departed at 01:21 UTC and the last signal was received in that same minute. Field elevation at Almaty is 2,220 feet. Preliminary last data point received by Flightradar24 19 seconds after take off was at 2,200 feet. 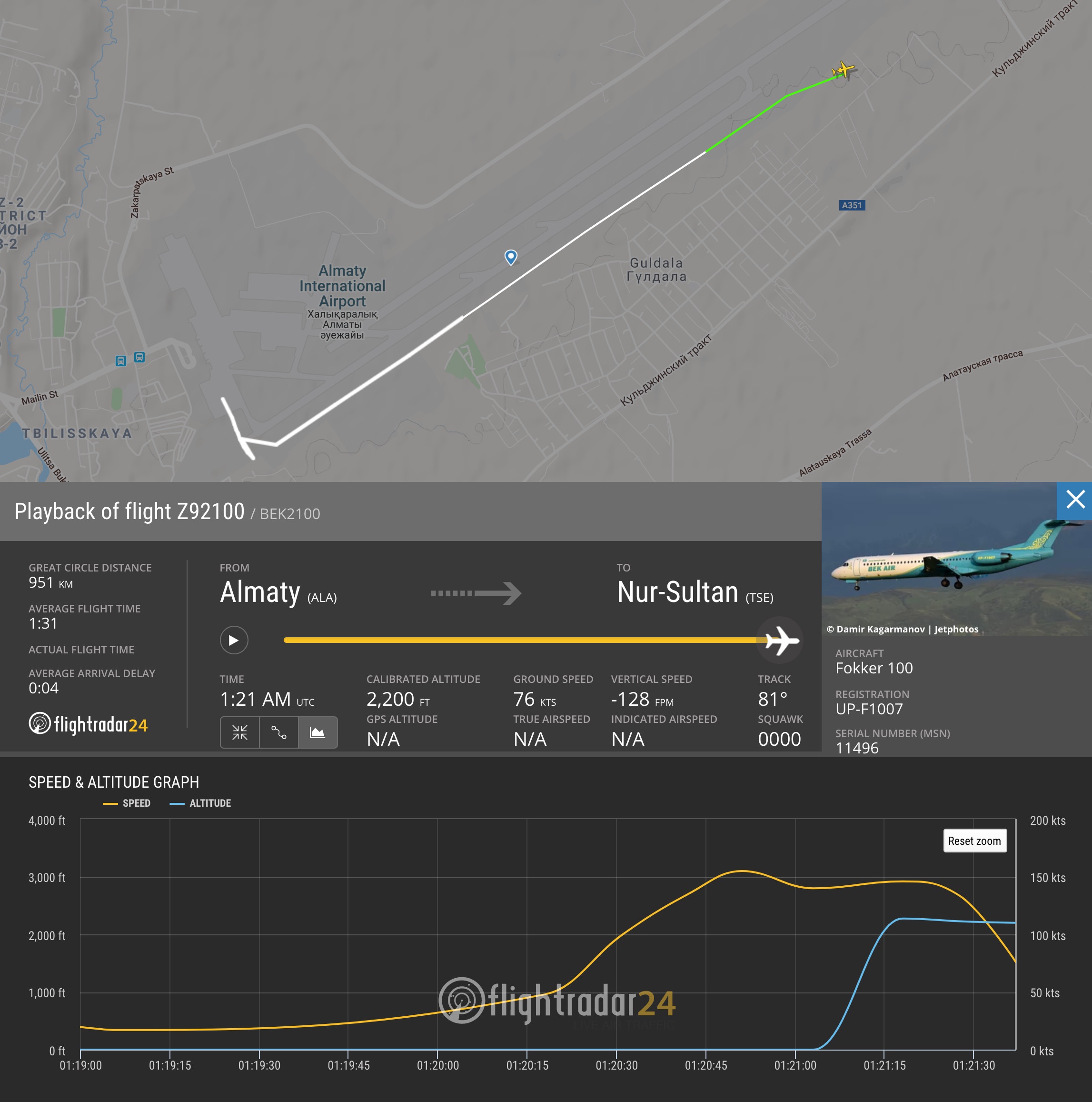 The METAR current at the time of departure listed a temperature of -12℃ and visibility of 1000m.