On 16 September, we received about a dozen messages on social media regarding a low flying plane over Los Angeles being shadowed by a single ‘fighter jet’-like aircraft. Upon investigation, it became clear that it was a UPS Airlines air-to-air photography flight with Wolfe Air. This week, UPS Airlines released behind the scenes footage from the flights.

Three UPS aircraft, a 767, 757, and MD-11 all participated in the filming on around the Los Angeles area. Using Wolfe Air’s Learjet 25 and a helicopter with specially mounted film equipment, the crews were able to capture some stunning footage.

Here are some of the flight paths used by N301UP, N472UP, and N296UP during the photo flights. 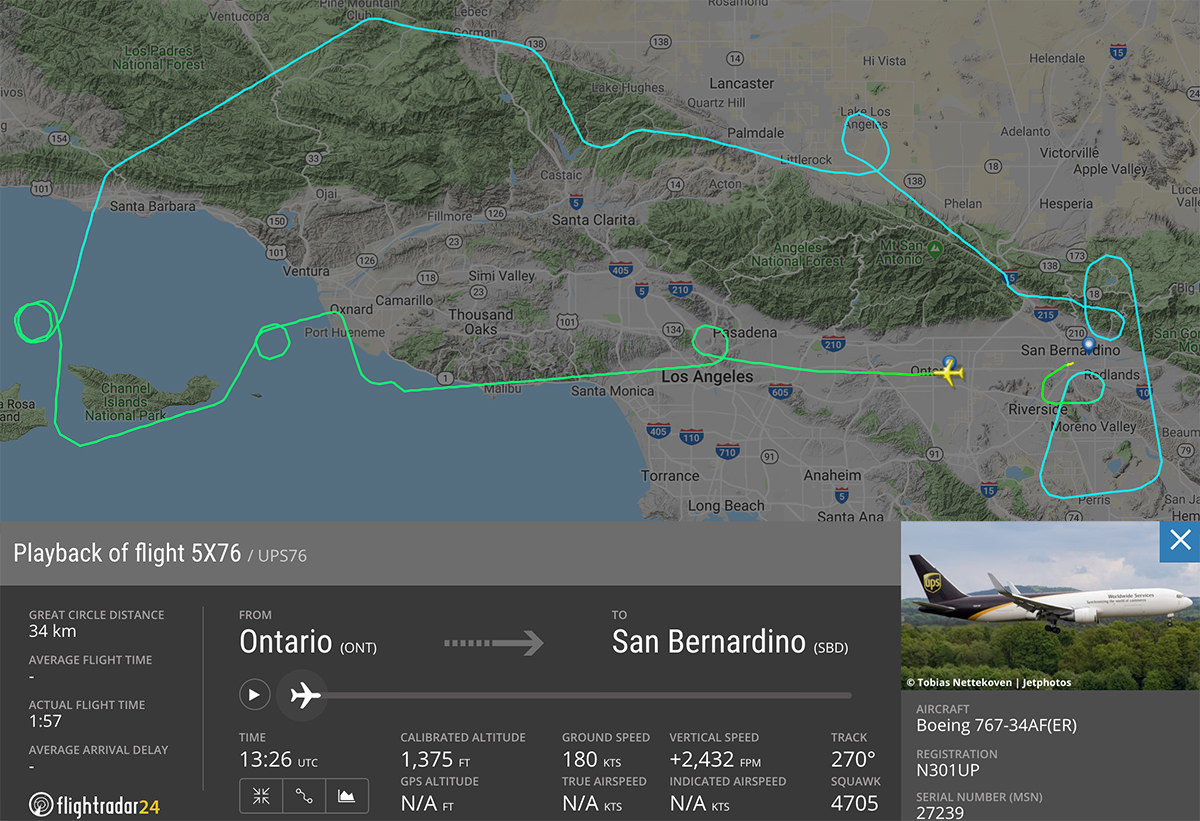 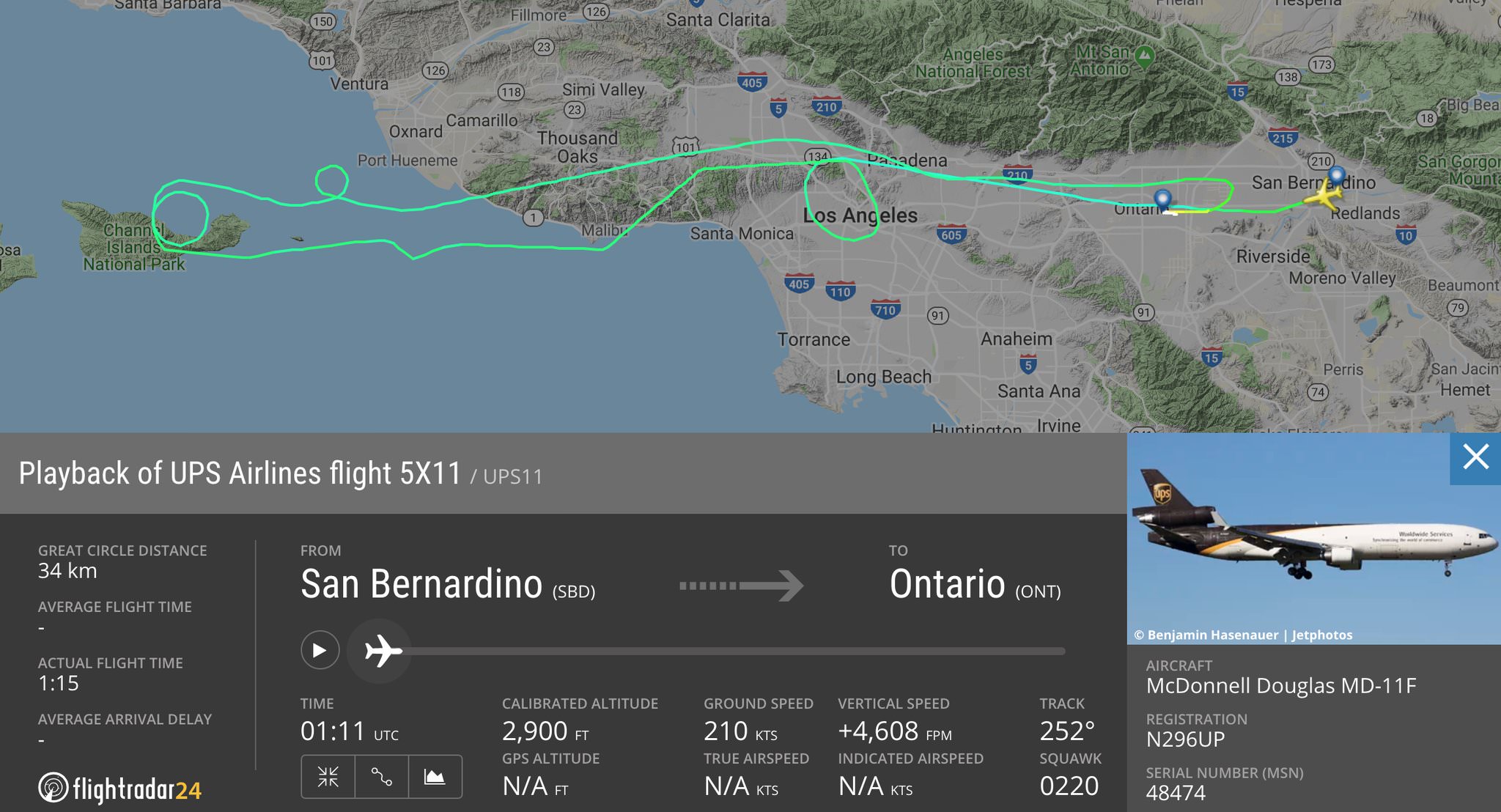 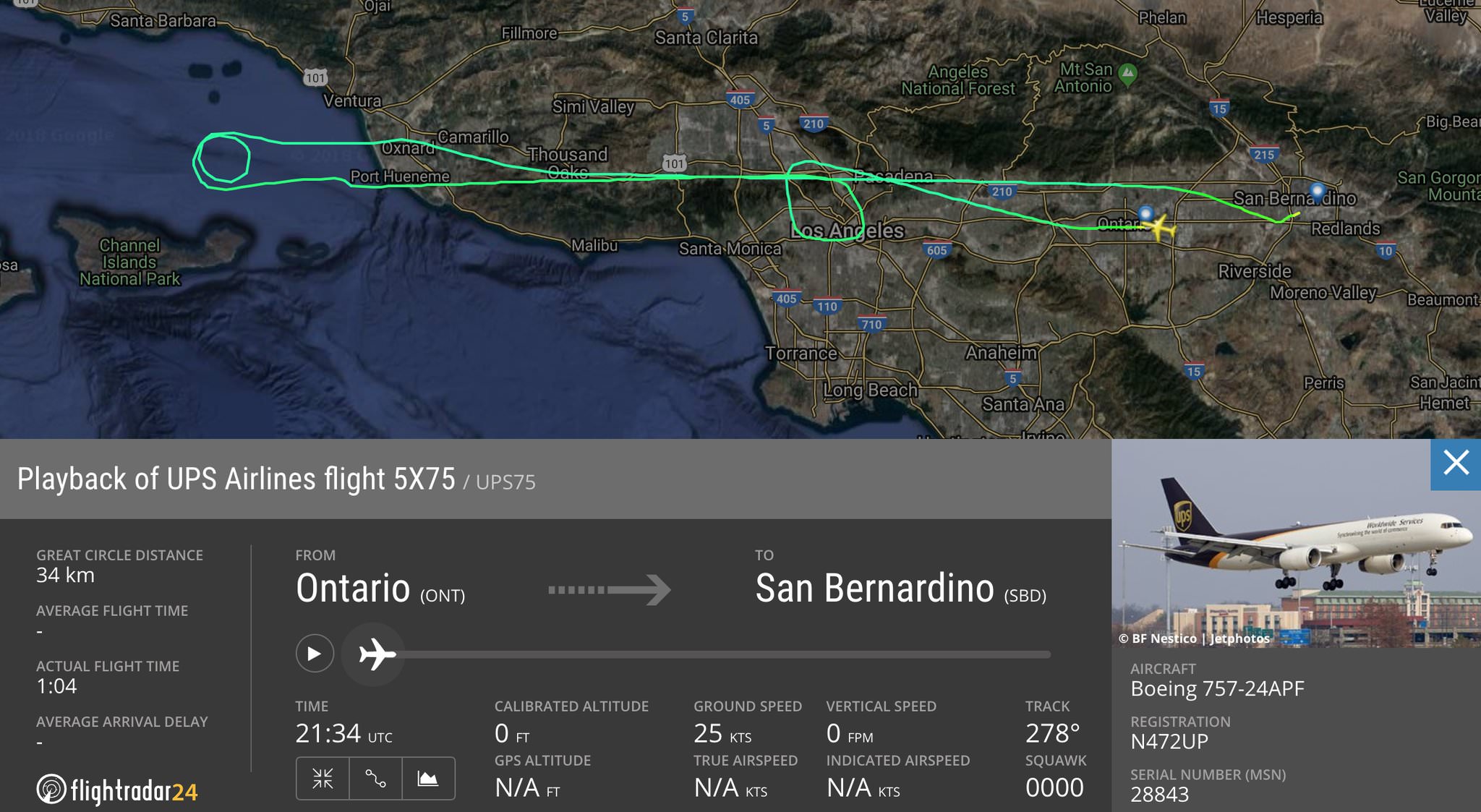