On this episode of AvTalk, the densest version of the 737 MAX is certified, a ketchup packet shortage brings us back to a previous espiode, and we talk with Jeremy Dwyer-Lindgren about an important but under-reported portion of Boeing’s history.

The memory module from the cockpit voice recorder of Sriwijaya Air flight 182 has been recovered.

The FAA and EASA have certified the 737 MAX 8-200, the high density version of the MAX 8 that can seat over 200 passengers in its densest configuration. Boeing added an exit door aft of the wing to facilitate the increased passenger count. This variant of the MAX was designed with Ryanair in mind and the airline is now ready to take delivery of its first of hundreds of 737 MAX.

An issue with a Rockwell Collins GPS unit means that they’ll need to be replaced on approximately 3,500 aircraft in the US alone. But interesting, the fix requires a hardware update, not software.

In a very unsurprising announcement, Japan Airlines says that it will not return its PW4000-powered 777-200s to service. These aircraft are affected by the grounding and inspection order regarding PW4000 engine failures. Japan Airlines had already planned to retire these aircraft soon, so moving the timeline forward just makes sense.

After a five month halt, Boeing resumed 787 deliveries in late March with the first aircraft going to United Airlines.

Problems for Ethiopian Airlines in Zambia

Last weekend, two Ethiopian Airlines flights made approaches and one landing at a still under construction airport in Zambia.

Jeremy Dwyer-Lindgren introduces us to Frugal the Squirrel

We welcome back Jeremy Dwyer-Lindgren and open up is vault of airline history to meet Frugal the Squirrel, Boeing’s mid-1970s ‘larger-than-life’ energy conservation mascot. 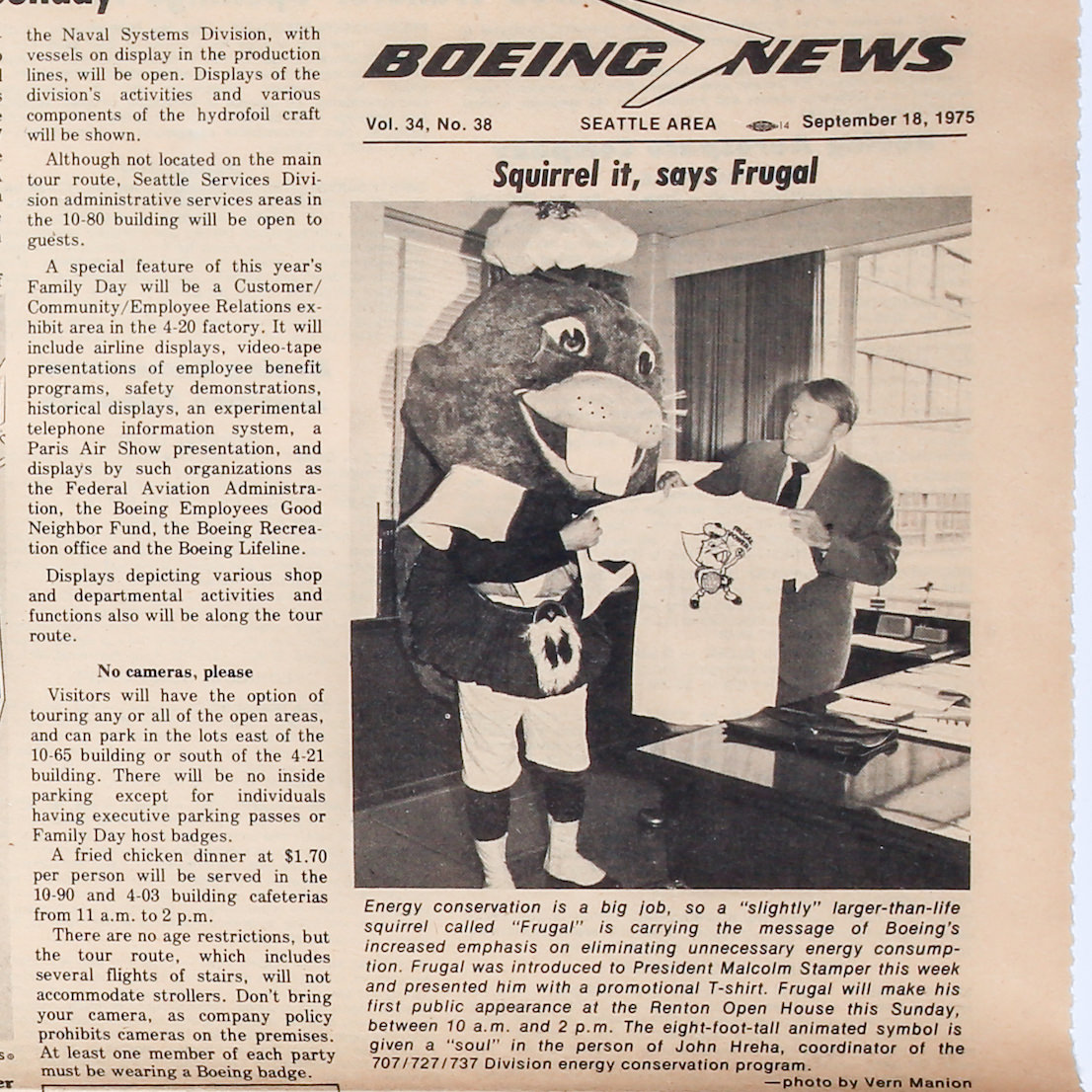 There’s a ketchup package shortage in the US, and we know exactly who to call.

The longest flight that wasn’t

This is a bit of an odd one. Comlux’s recently acquired 787, formerly an Aeromexico aircraft, flew from Seoul to Buenos Aires, a distance of 12,106 miles. They then said it was the world’s longest flight ever recorded. It’s a long flight to be sure, but with out any qualifying statement, it’s incorrect. As for commercial aircraft, a Boeing 777-200LR flew from Hong Kong to London in the eastbound direction for a total flight of 13,422 miles. The flight time for the 777 was also longer at 22 hr 43 min compared to 20 hr 19 min for the Comlux 787. An impressive feat by Comlux, but the question remains: why?

Let us know what you think (and let your friends know)

On this episode of AvTalk, Ned Russell joins us to discuss how airlines are…
Listen now

Video: Testing out the Etihad 787-10 Business Studio (plus a bonus look at economy)