All of Our New Flightradar24 Receivers in 2015

The numbers are in! During 2015 we activated 2,031 new Flightradar24 ADS-B receivers. With those new receivers our 2015 end-of-year total number of receivers is just a few receivers shy of 9,000. We finished the year by activating 150 new receivers in the month of December, capping off a year of expanded coverage all over the world.

In North America, we focused on expanding our coverage area and increasing our MLAT coverage. We activated over 300 new receivers in the United States and over 100 in Canada in 2015, providing us with additional coverage in the northwest and southeast United States, as well as Alaska. MLAT coverage in the United States expanded greatly in 2015, especially in major cities. We’ve also worked to lower the altitude at which we can track aircraft using MLAT. In cities like Chicago, Los Angeles, San Francisco, Seattle, Dallas, Austin, Miami, and New York we are often tracking flights below 1000 feet with MLAT.

New receivers in Greenland and Iceland are helping us capture even more trans-Atlantic traffic, especially flights taking the more northern routing across the ocean.

Europe saw the continued addition of MLAT coverage and we tried to lower our MLAT coverage altitude there as well. In Russia, we activated over 150 new receivers, mostly in the south and west of the country, but we managed a few new receivers in the far north and east, giving us better coverage of polar and trans-Pacific flights.

In May, we activated our 100th receiver in Africa and we continue to activate a few new receivers each month. Reliable Internet and power connections continue to be a hindrance to expanded coverage in Africa. We added a number of receivers in South Africa enabling consistent MLAT in Cape Town and Johannesburg. Multiple receivers in west Africa have also increased our depth of coverage there.

And finally, for the first time, we also added a receiver in Antarctica! This new receiver will be situated at a research station there and provide coverage for research and supply flights.

Apply to Host a Receiver

We are always looking for receiver hosts. Especially if you or someone you know lives in a remote location, please apply to host a receiver. All of our receiver hosts get a free Flightradar24 Premium account. If you’re interested, please apply today. If you’d you like more information about our application process, you can read more about it in our blog post.

If you prefer to use your own hardware and have a Raspberry Pi you can now help us increase MLAT coverage as well. Please see our Raspberry Pi feeder page for more information and to begin feeding data today.

Live in a remote area or work at an airport?

You can help us increase the flight tracking coverage in your area by hosting a receiver.

Apply for a free receiver

Apply for a receiver today and if accepted you’ll receiver a free Flightradar24 Business Subscription. 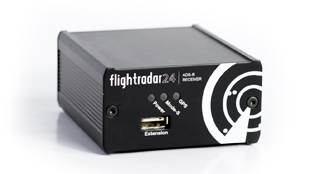 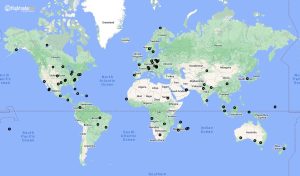 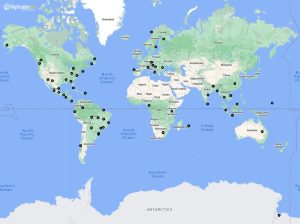 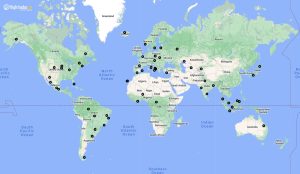 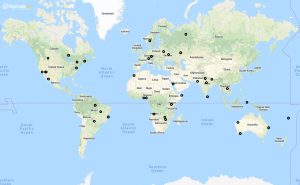