Airbus and All Nippon Airways unveiled ANA’s first fully painted A380 today in a ceremony in Toulouse. ANA has 3 A380s on order and each will wear a special ‘Flying Honu’ livery featuring the green sea turtle as ANA will employ them between Tokyo and Honolulu.

ANA’s first A380 spent 21 days in the paint shop as 120 painters covered its 3600 m² surface in 3300 liters of paint. A different color of the ‘Flying Honu’ livery, which was selected from over 2000 entries in a competition held by ANA, will be featured on each A380.

During test flights with Airbus this aircraft (MSN 262) will wear registration F-WWSH. After delivery, this aircraft will be registered JA381A. Airbus will deliver this first A380 to ANA in Q1 2019, with revenue service expected to begin in May. 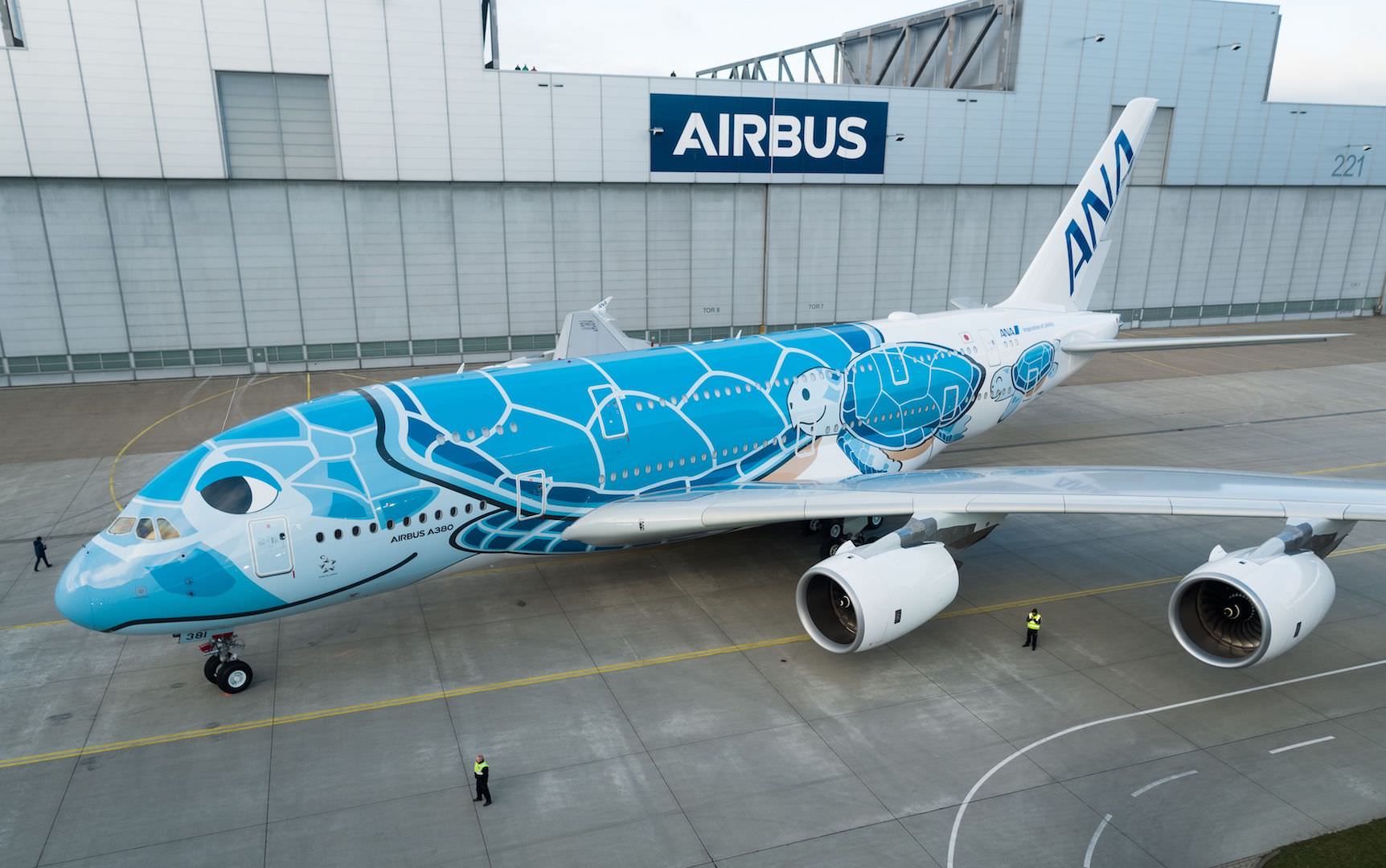 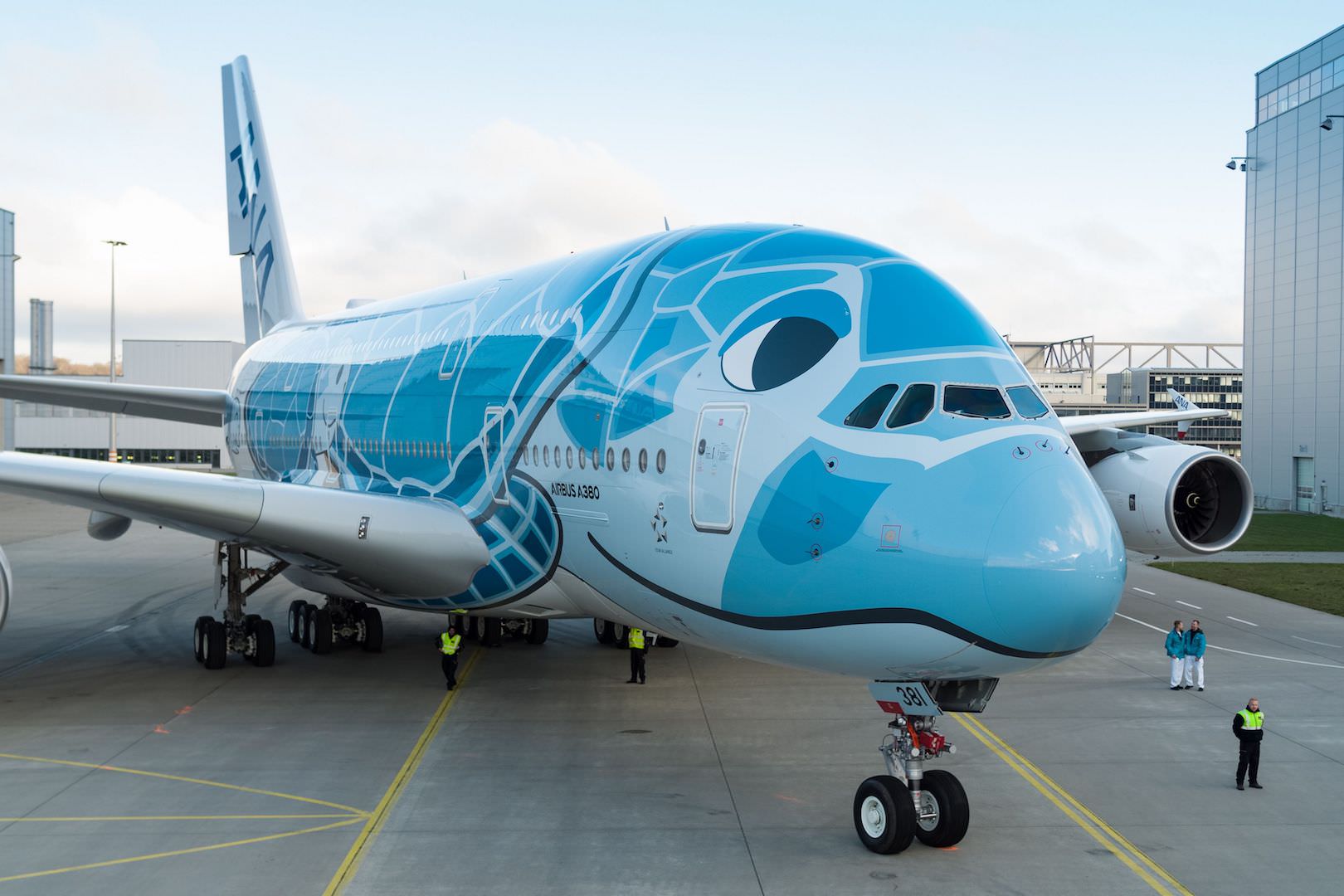 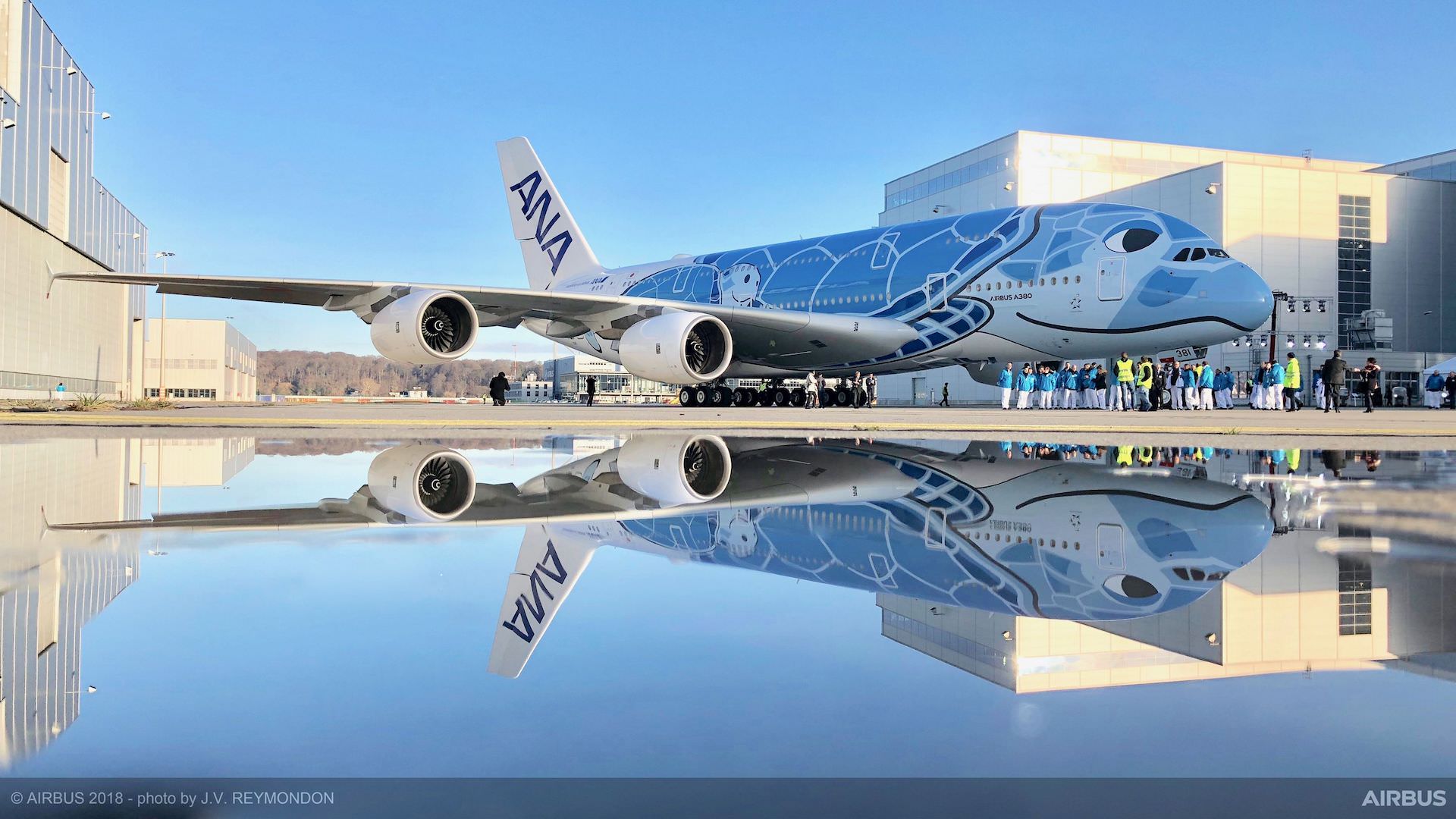