As the A330neo’s campaign for certification moves forward ahead of expected entry into service later this year, Airbus is taking the show on the road. The first production A330neo, slated for delivery to TAP, will venture to 15 cities on 5 continents over the next few weeks.

Airbus kicked off this phase of the flight test campaign by conducting flypasts of various production facilities in Europe that have contributed components to the aircraft.

The aircraft then visited Lisbon for a brief stop and a party before setting off on the first intercontinental flight to Rio de Janeiro. Over the next few weeks the A330neo will travel to additional cities in South America and North America before heading to Africa, Asia, and back to North America to conclude the tour. Airbus hopes to accomplish 150 flight test hours during the tour. 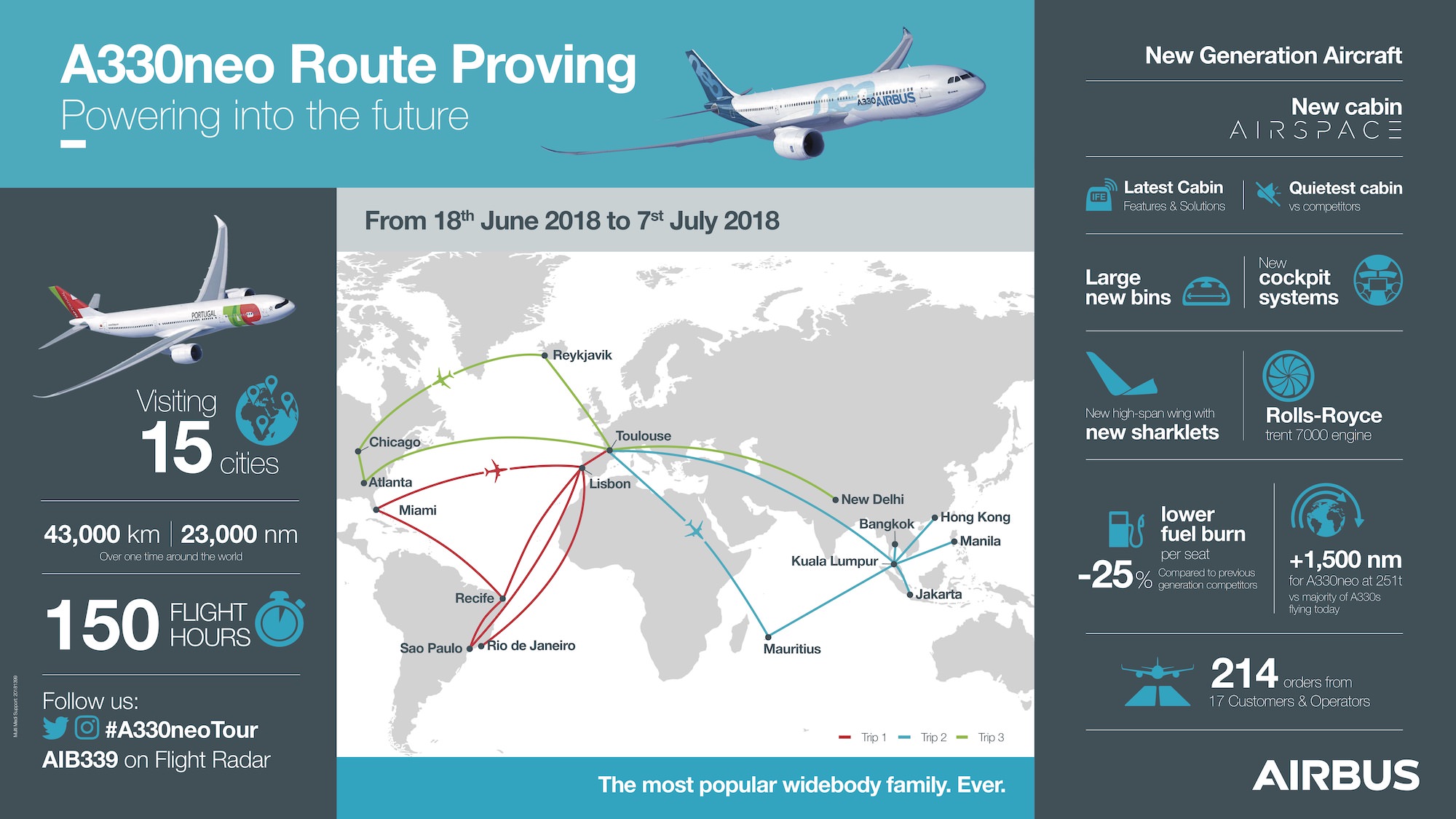 How to track the A330neo tour