Updated with data through 25 August 2020

Average daily departures from China’s 25 busiest airports jumped to 8110 in August, adding 600 daily departures over July’s average. Beijing traffic has recovered to about what it was in early June prior to the second lockdown in the capital city. Departures from Shanghai continue to lag Guangzhou, but both first tier airports saw gains in August. Chengdu meanwhile has recovered to pre-pandemic levels. 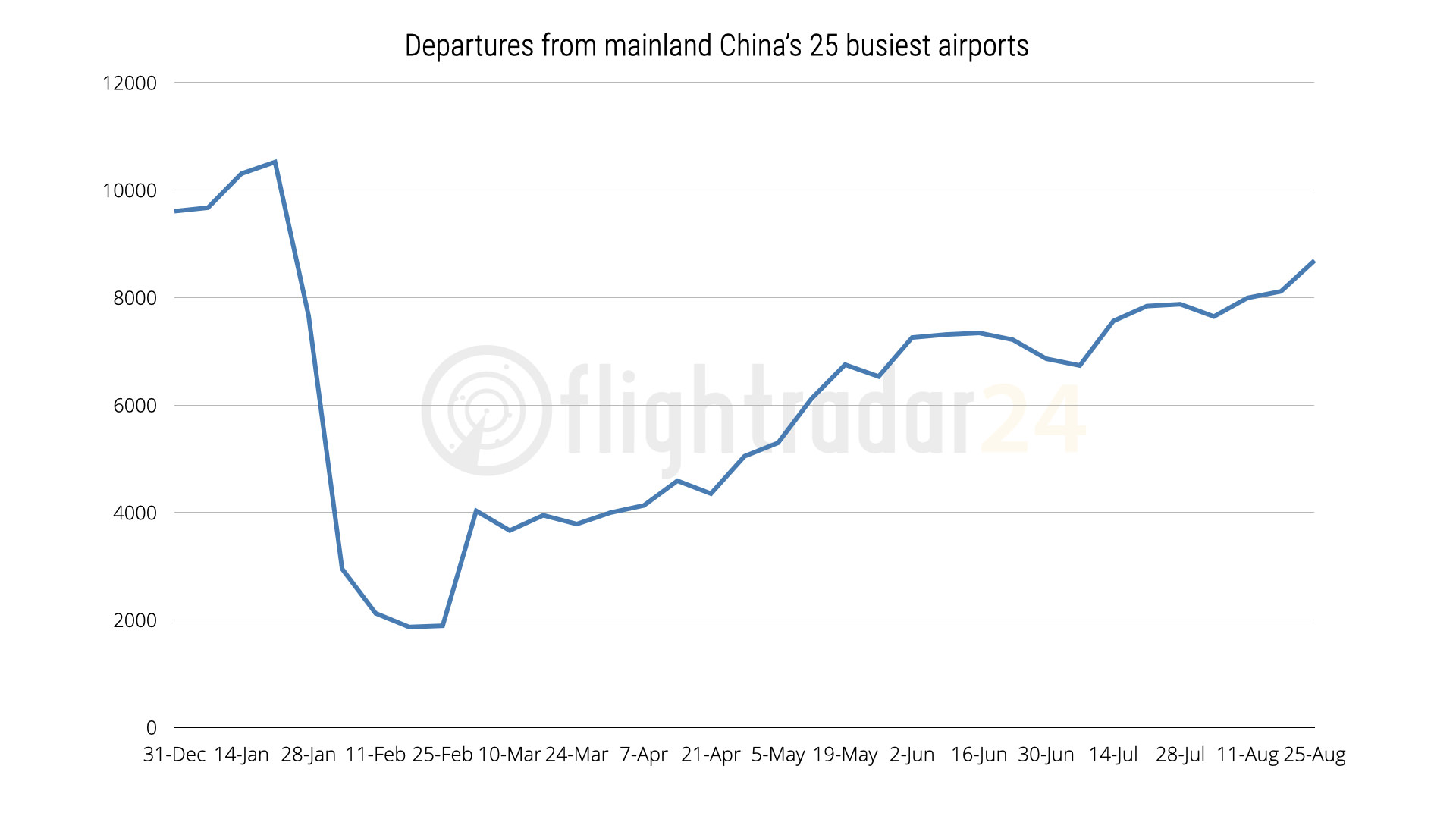 On 21 January 10,522 flights departed from China’s 25 busiest airports (see list below). On 11 February, just 2,123 flights departed from those airports. By 18 February, fewer than 2,000 flights departed China’s busiest airports with just 1,868 departures that day. Total traffic increased ever-so-slightly on 25 February to 1,891 total departures, but flights in Beijing, Shanghai, and Guangzhou all saw further contraction—with Shanghai seeing nearly 100 fewer departures that week. Chengdu added almost 40 flights this week. Flights in Beijing, Shanghai, and Guangzhou were all down an average of 85% from the middle of January.

Domestic traffic continues to fuel flight increases in China as traffic ends August down only 17% from pre-pandemic highs. Beijing has recovered to levels from early June before its second lockdown and growth at Guangzhou and Chengdu is surging. Mid-tier airports have generally recovered nearly all of their traffic, while lower tier airports lag behind. The notable exception to the accelerated pace of recovery has been traffic in Shanghai. 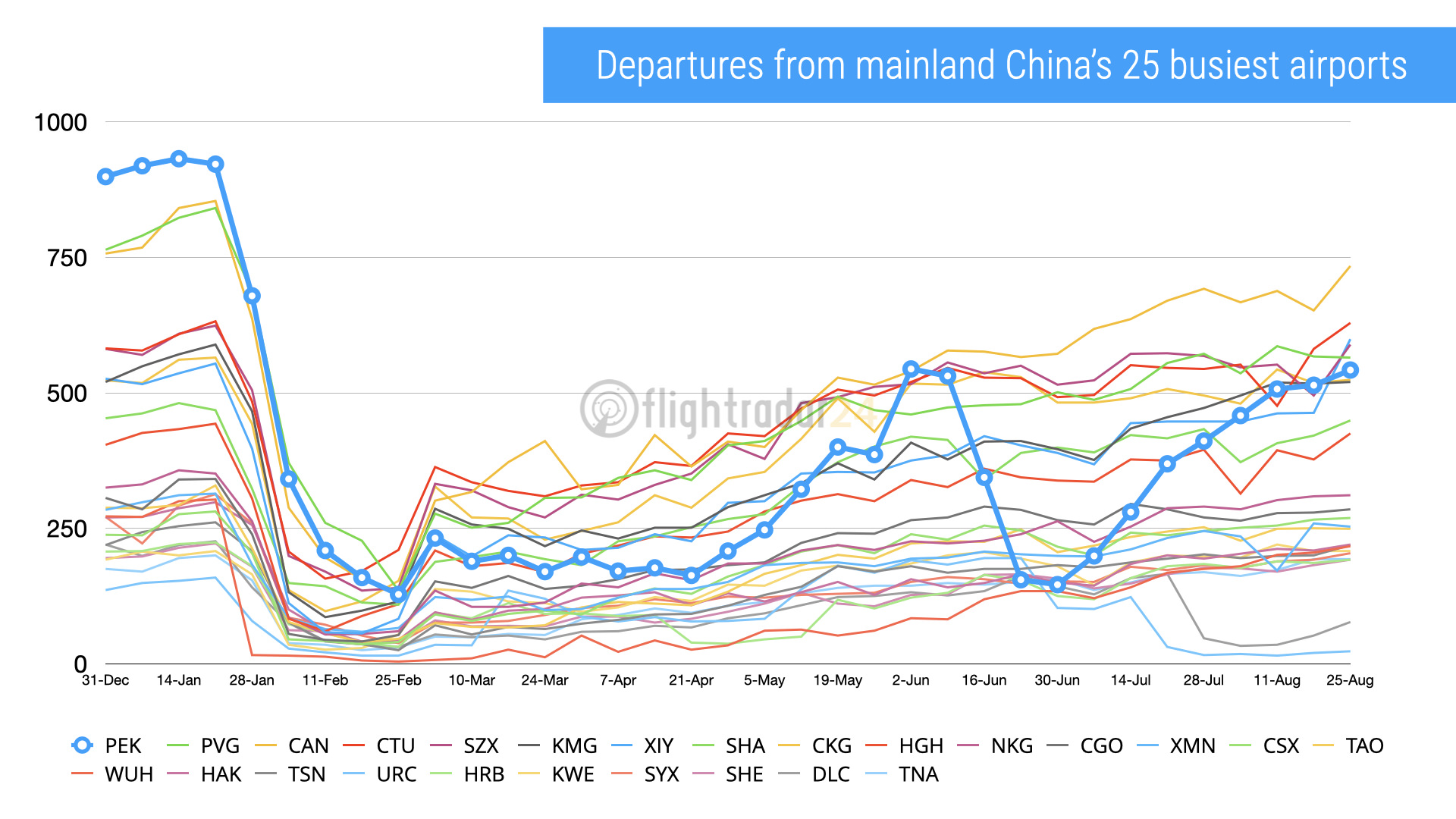 The map below shows flights to and from the 25 busiest airports in mainland China. You may also visit our airports data page to track flights and see cancellations at over 200 airports in China.