On 30 September, Air France flight 66 en route from Paris to Los Angeles suffered an engine failure over Greenland, leading to a safe diversion to Goose Bay in Canada. The aircraft, an Airbus A380-861 powered by Engine Alliance GP7200 engines, suffered a failure of the number 4 engine—the outer, right engine.

Investigators have recovered the fan hub assembly from under 4 meters of snow and ice in Greenland—a major milestone in the investigation.

Teams from the Geological Survey of Denmark and Greenland, Polar Research Equipment, and Aarhus University conducted extensive surveys using PRE’s FrostyBoy robot and Aarhus’ SnowTEM to find the part. It was then recovered by shovels and melting snow.

You can read more from the French BEA in their technical report on the search for the missing parts in Greenland.

*Note: all times UTC and subject to revision

Following an Engine Alliance Alert Service Bulletin sent to operators of the GP7200 series engine, the US FAA issued an Emergency Airworthiness Directive directing operators of all variants of the GP7200 engine to perform a one-time visual inspection of the fan hub.

This AD requires a one-time visual inspection of the GP7200 series engine fan hub, with the compliance time based on the number of accumulated flight cycles, and removal of the fan hub if damage or defects are found that are outside of serviceable limits.

You can read the full EAD from the FAA here (PDF).

Update 2 | 11 Oct: the BEA has since confirmed the Reuters report and given guidance that the repatriation effort is estimated to take a matter of weeks.

Reuters is reporting that Air France will bring F-HPJE back to France from Goose Bay for additional inspections and repair. The ferry flight, according to the report, will be conducted using the aircraft’s 3 operating engines, with a fourth engine placed in the number 4 position to used only as balance. Captain Dave Wallsworth, an experienced A380 pilot, took to twitter to explain how such an effort is accomplished.

The @airfrance #A380 which suffered an engine failure is to be flown back with only 3 operating engines. Some notes about how that is done.. pic.twitter.com/XGe9FQ9Waf

We’re monitoring very-large cargo operators for movement and will post when more information is known about which aircraft will be helping bring the replacement engine to Goose Bay and the damaged engine to Wales for inspection.

The BEA reports that an Air Greenland helicopter crew was able to locate and collect multiple pieces of debris from the damaged engine 150 kilometers south-east of the town of Paamiut in Greenland. The debris has been provided to the Danish Accident Investigation Office and is being forwarded to the BEA.

The A380’s number 4 engine suffered a failure that resulted in the fan and inlet cowling separating from the rest of the engine. The aircraft also sustained damage to the leading edge of the wing. Upon landing, Goose Bay ARFF reported that there was also a leak of hydraulic fluid, but no fuel leak.

Inflight pictures. Loud thud and a lot of vibration. pic.twitter.com/s9GFIyssrh

Below you can view a fully intact GP7200 under the wing of an Air France A380.

The failure occurred while en route at 37,000 feet (FL370) to Los Angeles over Greenland. The aircraft began its descent at 13:51 UTC about 80 km northwest of Narsarsuaq, Greenland. It landed in Goose Bay at 15:42 UTC. 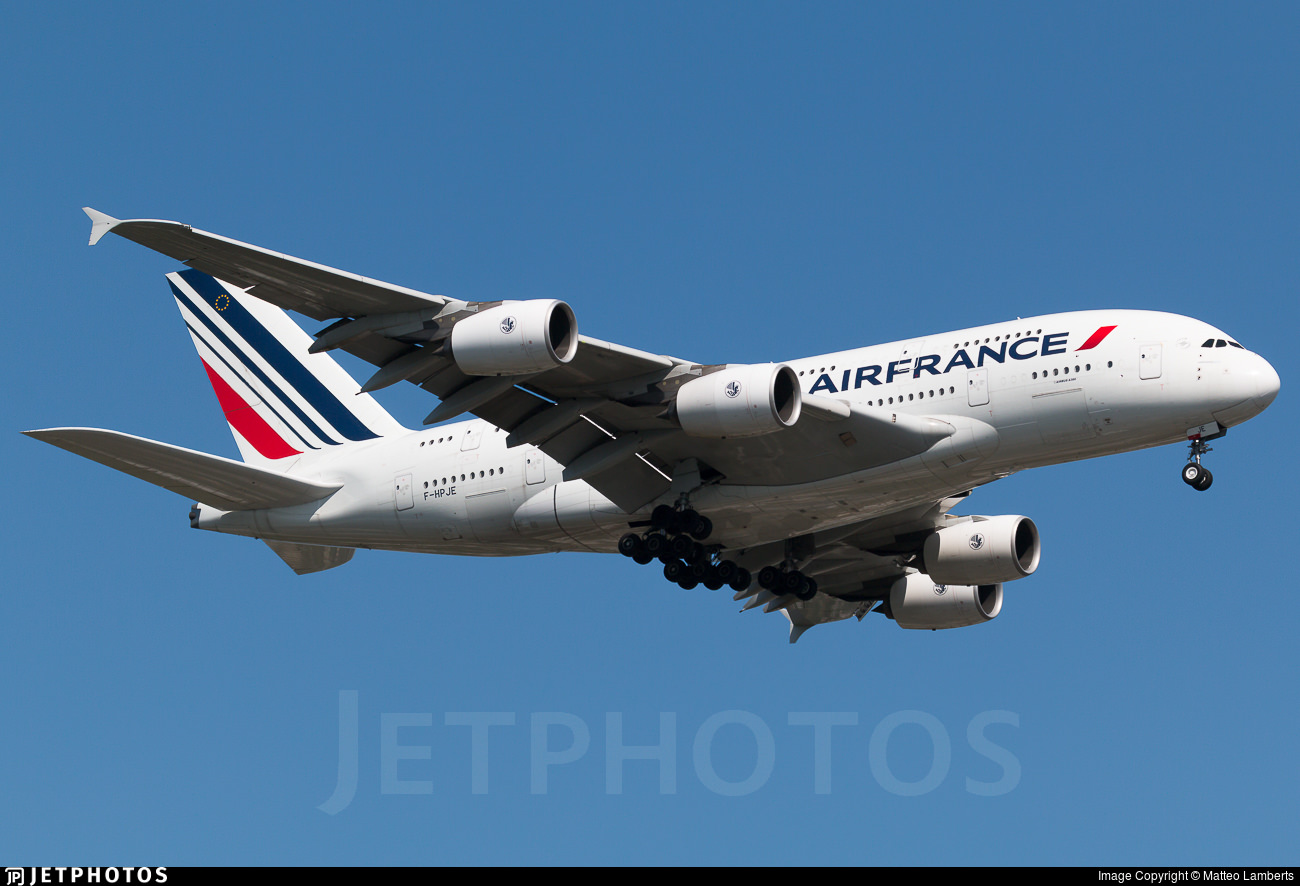