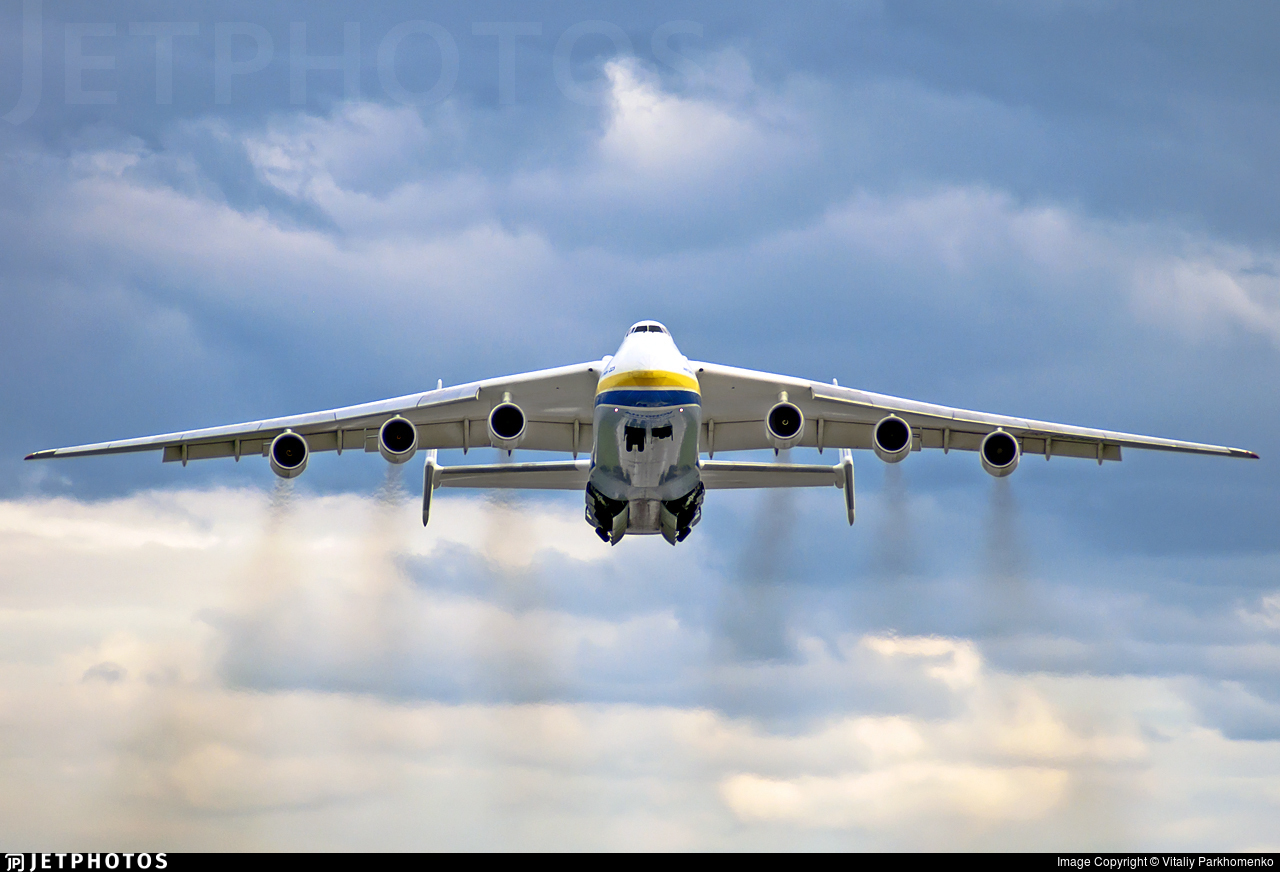 A Ukrainian aviation legend: all about Antonov

Judging by the popularity of last week’s post about the Ilyushin IL-76, Flightradar24 users and blog readers like their Soviet-era aircraft. And how could they not? We love a brand new A320neo as much as the next person, and the continuous march of progress toward quieter, safer and more efficient aircraft is fantastic overall. But you can’t deny the appeal of aircraft designed in the Soviet Union and the countries that once formed a part of it.

Soviet aircraft tend to offer a wide range of designs, for one thing. They also feature all kinds of unique quirks and details to appreciate. And they’re usually loud and smoky, reminding us of a bygone era in aviation. More antisocial, worse for the environment and probably less comfortable – but definitely more fun. And Soviet planes are increasingly rare. Try and find a Tupolev or Ilyushin in passenger service these days. It’s not easy. You have to go to some much less-travelled places and even there many of the remaining planes are being retired as we speak.

So in the spirit of Soviet aircraft admiration, I thought I might focus on another legend today: Ukraine’s own Antonov. The aerospace firm was formerly known as the Antonov Design Bureau. Now it carries the somewhat less catchy name Antonov State Enterprise. But anyway, it’s still Antonov and it’s still in business, even if it’s less active than it used to be.

At its founding in the late 1940s, the company was actually based in Novosibirsk. But not long after it was moved to Kyiv, in what is now Ukraine. The firm gets its name from Oleg Antonov, the man who was at the helm in those early years. He designed aircraft both for civil and military use and Antonov made important contributions to both sectors. The company has built around 22,000 aircraft over the years.

Nowadays Antonov is a part of the Ukrainian defense conglomerate Ukroboronprom – part of a reorganization that saw Ukraine bring together a number of military industrial firms under one umbrella.

What’s interesting is that these days, it’s much easier to find an Antonov in service than it is a Tupolev. Though admittedly, it still takes some work. It’s maybe not a surprise that one of the best places to fly an Antonov these days is in Ukraine. Specifically, with Motor Sich Airlines. The airline is owned by the Ukrainian engine manufacturer of the same name: Motor Sich.

The airline has a handful of Antonovs in its fleet. It flies mostly to cities within Ukraine but you can also catch it out of Minsk, Belarus. One of the most interesting planes it still has flying is no doubt the An-24. There are three in the fleet and they’re nearly 50 years old. Here’s the recent flight info for UR-BXC – as you can see, it’s been keeping busy.

They also fly the newer and more modern-looking An-140.

Here’s a taste of the experience flying on an An-24 with Motor Sich:

The largest aircraft ever built

The An-225 is absolutely incredible to behold. It’s the largest aircraft ever built and certainly Antonov’s most high-profile product to date. More intriguingly, only one was every completed. Construction on a second was started but never finished. Either way, this thing is just incredible. You can read more about tracking it on Flightradar24 here. 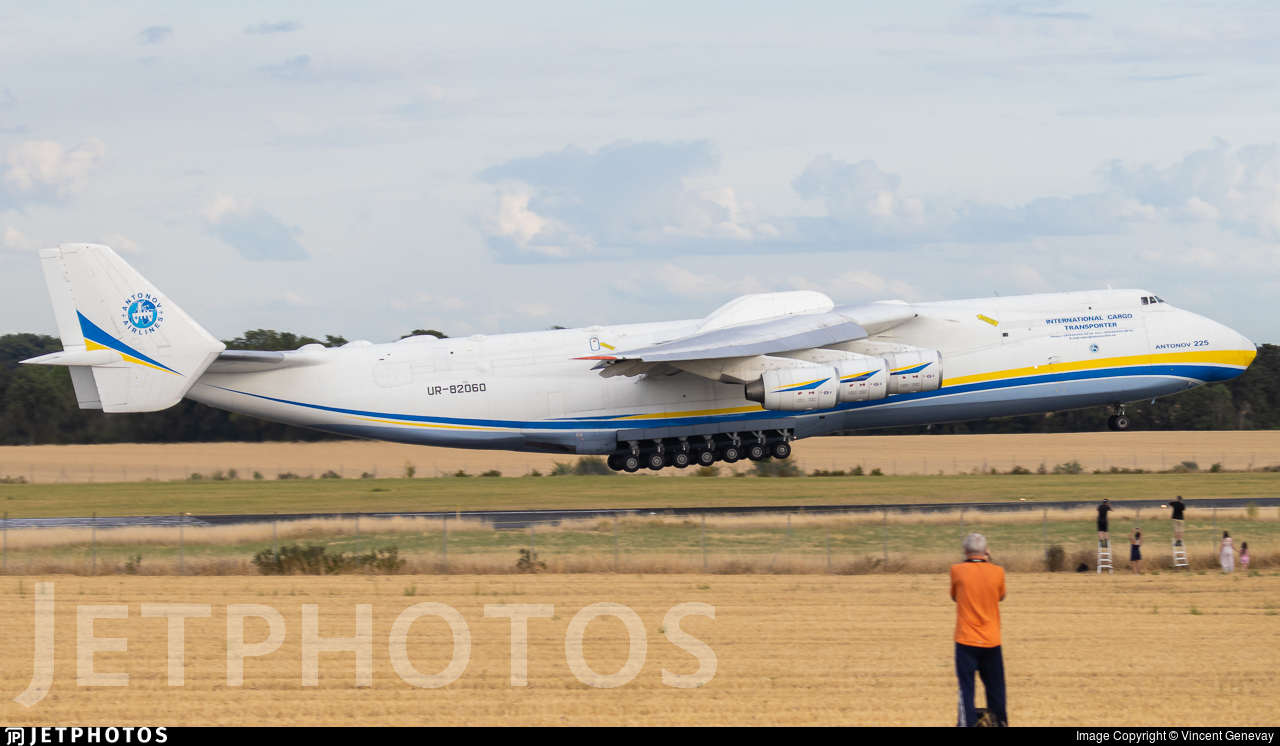 Some beautiful (and some odd-looking) machines

Let’s take a moment to dig into the JetPhotos.com archive and appreciate the wide range of Antonov models you’ll find flying around – both for passenger and cargo operators.

Antonov hasn’t built very many planes lately. In fact over the past six years or so it didn’t deliver a single aircraft. However – and how cool and unexpected is this – The Peruvian National Police have ordered an AN-178 and as of late last year, the airframe had been completed. More on that order here.

It’s not entirely clear how active Antonov will be going forward and whether it will produce many more aircraft in the years to come. But for now it’s one of the more attainable, if still rare, former Soviet aircraft to add to your list.

Let us know if you’ve flown on one. And if you haven’t, are you planning to? Send us a tweet and let’s talk all things Antonov.