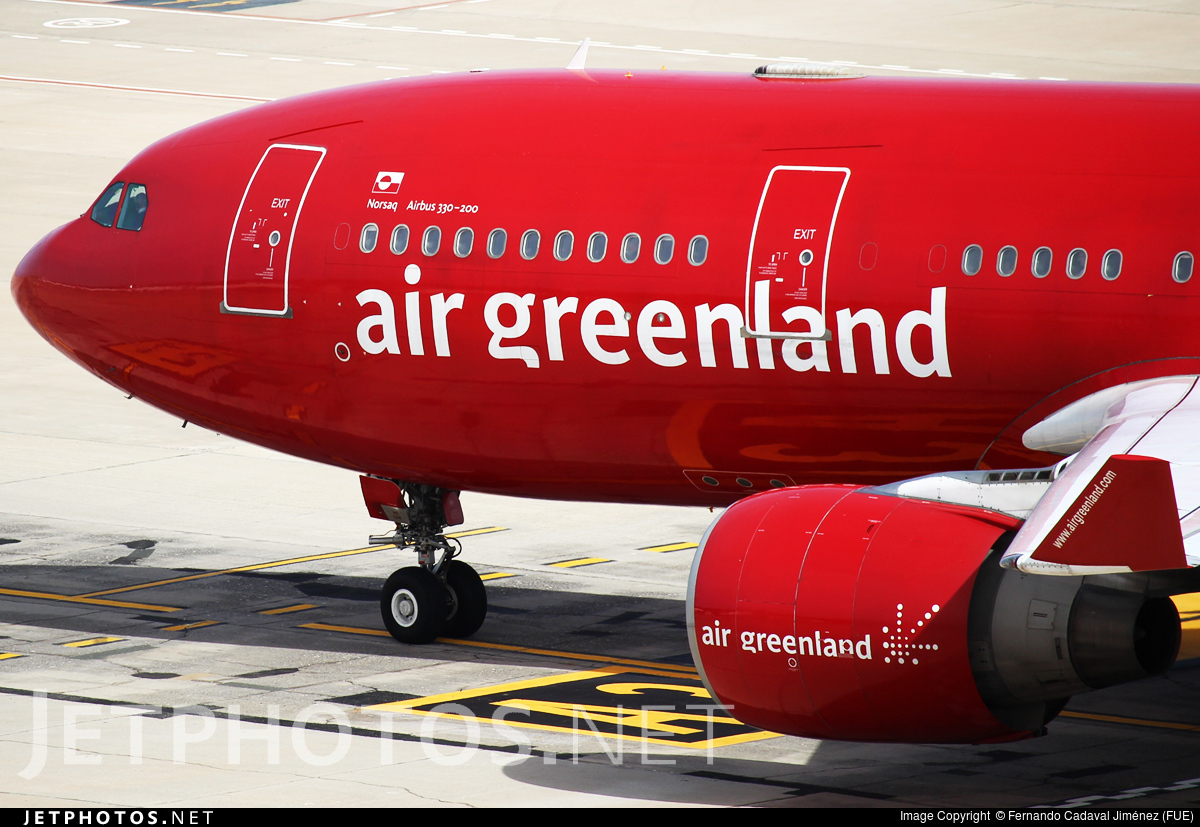 A chat with the Air Greenland CEO

For this week’s AvTalk podcast I had the chance to speak with Jacob Nitter Sørensen, the CEO of Air Greenland. Having joined the airline just out of high school, Nitter has risen up the ranks at Air Greenland, from working in the control tower to flying planes and eventually, to the CEO’s office.

I’ve long been fascinated by Greenland and its national airline. We chatted about what it’s like to lead an airline in such a unique and challenging environment, the company’s future fleet plans, the impact of the pandemic and more. Be sure to check out the episode for the full conversation. Meanwhile, here are some of the highlights from my interview with Jacob Nitter.

Operating in Greenland is never boring

Jacob Nitter comes across as someone who really enjoys his work, and that’s not only because he’s an aviator. Running an airline in a place like Greenland promises that dull days are rare. “Operating in Greenland is never boring,” Nitter said. “I call Air Greenland a nine-legged chair because we do so many things. We have one of the most complex AOCs [air operator’s certificates] in Europe, and possibly in the world. And the environment is of course very challenging.”

Between the difficult and mountainous terrain, constantly changing and unpredictable weather and short runways, Air Greenland’s operations team and its air crews have their work cut out for them. There’s also the fact that there aren’t that many suitable locations for runways to begin with.

“In Greenland when you construct a runway you don’t align it with the prevailing wind conditions – you put it where it’s possible,” said Nitter. “So some of the places we go into they will always have a strong crosswind or turbulence going around mountains. So there are many challenges, but that’s also what makes it really really fun. We have so many great people here who’ve been here many years – a lot of talent and a lot of experience.”

“Sometimes a place can fog in for three or four days and the passengers just stack up. The instrument flying in Greenland is challenging because we don’t have any ILS. Most runways only have NDB approaches. Which sounds strange to pilots operating elsewhere because NDBs are remnants from WWII. But we’re still using them in Greenland,” explained Nitter, noting that diversions in Greenland are very common, especially in winter. “We have crews that have done between 15 and 20 diversions in a week.”

NDB stands for “non-directional beacon,” and it is indeed an old and basic technology. It works well in sparsely populated parts of the world because of its long range, among other things – but it’s one of the more difficult navigational aids for pilots to use and unlike an ILS it requires decent visibility. For more on NDBs, here’s a very technical article that gets into some of their particularities.

The pandemic hit Air Greenland hard, but planes had to keep flying

“When Europe started shutting down, we didn’t see a decrease in the demand. And I think we were sort of hoping that this would blow over in a month or two,” said Nitter. “But then our government shut everything down and that’s when reality really hit.”

Though quite a few of Air Greenland’s planes kept on flying, connecting remote communities with no road access as they do – not to mention maintaining the sole connection to Europe – passenger numbers were way down and the airline did have to take difficult steps.

“We very quickly decided that we have to downsize, we have to adapt the capacity, and we have to do it now. So unfortunately we had to lay off a lot of people,” said Nitter. “Which to Air Greenland I think was a totally unthinkable situation because we were used to being the infrastructure of Greenland. And being an island with a demand for both travel and cargo and mail and so on, I don’t think it was in our imagination that we would see such a big decrease in capacity and jobs. But we acted quickly, and I think that was a lesson. When these things happen, the sooner you act the better, even though the future is uncertain and you don’t know if things are gonna blow over. Act quickly and act appropriately.”

Nitter says passenger numbers on the international route to Copenhagen have been down between 60 and 70 percent for much of the last year. On the positive side, Greenland has had hardly any reported cases of COVID-19. No doubt it can be an asset to be a sparsely populated and remote island. And the pandemic has made people more aware of how important the airline is to Greenlandic communities – where there is very little transport infrastructure otherwise.

Air Greenland recently firmed up an order for a shiny new A330-800neo, to replace its sole, aging A330-200 currently connecting Kangerlussuaq with Copenhagen. One thing we wondered about was why the airline didn’t opt for a slightly newer, used A330. It’s a buyer’s market right now with many cheap airplanes available.

“It’s something we’ve spent the last year evaluating,” Nitter said. “It’s true you can get a used A330 at a very good price in the current marketplace. But every time we did the numbers, if you look at a 20-year perspective the neo will outperform the classic A330 on a number of parameters.”

Nitter cited fuel efficiency as a major factor, but pointed to several others as well. “It burns approximately 15% less fuel on a roundtrip [to Copenhagen]. With the new Airbus Airspace cabin we can add more seats without compromising comfort. And that will further add to the reduced CO2 emissions per passenger. You have reduced maintenance. You have a brand new product,” he said.

Another important consideration was its capabilities on short runways. Greenland is embarking on a project to extend the runway in the capital Nuuk to be able to support longer-distance flights and larger planes, but the runway will still be limited. “The performance of this aircraft actually matches the new runways here in Nuuk. Which is actually going to be a fairly short runway, at 2200 meters,” Nitter said. The A330-800neo can just about handle that, whereas an older model cannot.

But what about other aircraft? Might a new Airbus narrowbody fit into the future Air Greenland fleet?

“Looking further ahead as we expect traffic to increase in and out of Greenland we’re of course looking to tap into that,” Nitter said. “We don’t have any current plans but we’re looking closely at the numbers. Covid has of course changed the outlook a bit, but it could mean adding a narrow body to the fleet. That was another of the reasons for choosing the A330neo, because if you add an A320 to the fleet there’s cockpit commonality so the crews can operate both aircraft on the same licenses for example.“

What will replace the Dash-8?

One of the more pressing fleet-related questions for Air Greenland, as with other operators in similar environments like Norway’s Widerøe, has been what can replace their classic Dash-8 turboprops, which are unmatched for short runway performance. Nitter said Air Greenland doesn’t yet have the answer.

“That’s a really tricky one. The runways that the Dash-8 operates on are probably some of the shortest in the world for commercial operations – even shorter than the ones in northern Norway,” Nitter explained. “And there is today no real alternative to the Dash-8. So we’re looking closely at the different initiatives. We’re part of the initiative for electric aviation. Heart Aerospace is proposing a 19-seater hybrid or electric aircraft. But as of today there is no real replacement. 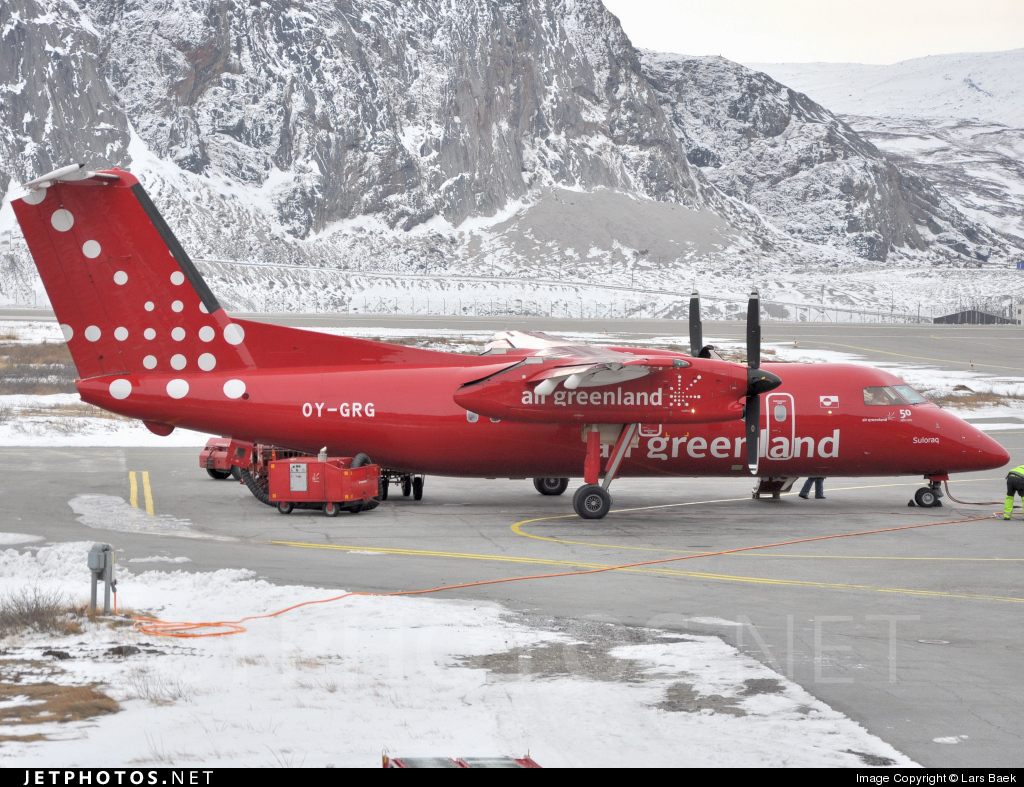 He said in time it will become a problem, but for now they have enough cycles left in their Dash-8s.

“Either there’ll be a new aircraft on the market that can replace the Dash-8, or we will have to extend the runways, which is going to be a very costly affair.”

A bright future, but challenges along the way

Nitter seemed to accept that it will take some time yet to crawl out from worst of the pandemic, and there will be struggles ahead in a rapidly changing industry. But he saw a bright future for Air Greenland in the coming years nevertheless.

Be sure to check out our look at Air Greenland’s flight data since 2019 for more on what their operation has looked like up until now.