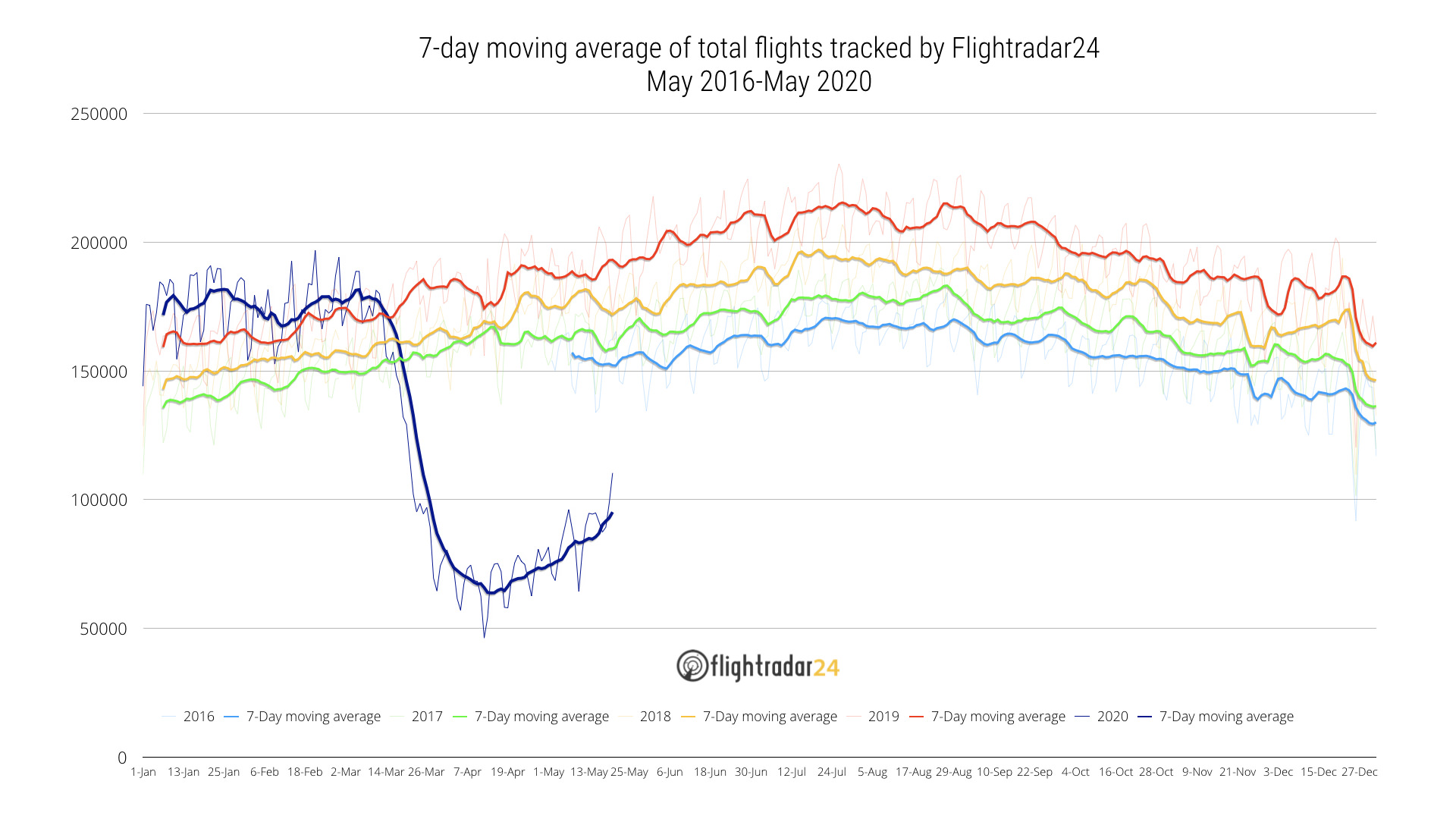 The growth in total flights was carried mostly by non-commercial traffic, which increased by 9,092 flights from the previous day, compared to the steady, but small growth of commercial flights, which added 2,668 flights. Commercial flight traffic worldwide has crept upwards since the third week in April, but regional growth remains uneven. 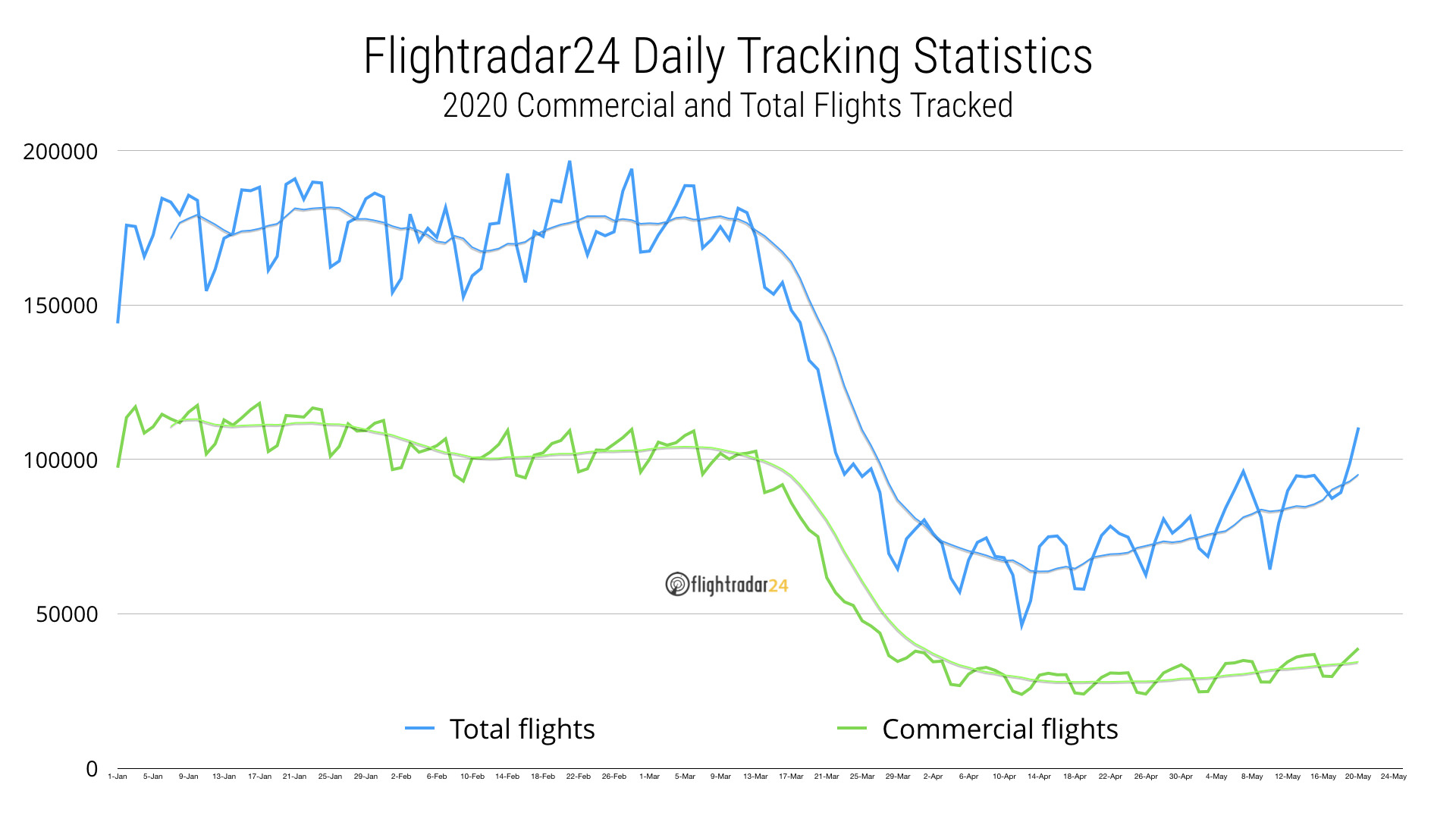 Compared to May 2019, commercial flights are down 71.7% so far. In April commercial flights were down 73.6% year-over-year. Flights levels have been helped by the increase in flights by cargo aircraft and passenger aircraft carrying cargo. Passenger flights will continue to slowly rise as airlines restart their operations. June is likely to see a larger increase as multiple airlines begin conducting expanded schedules, especially in Europe. 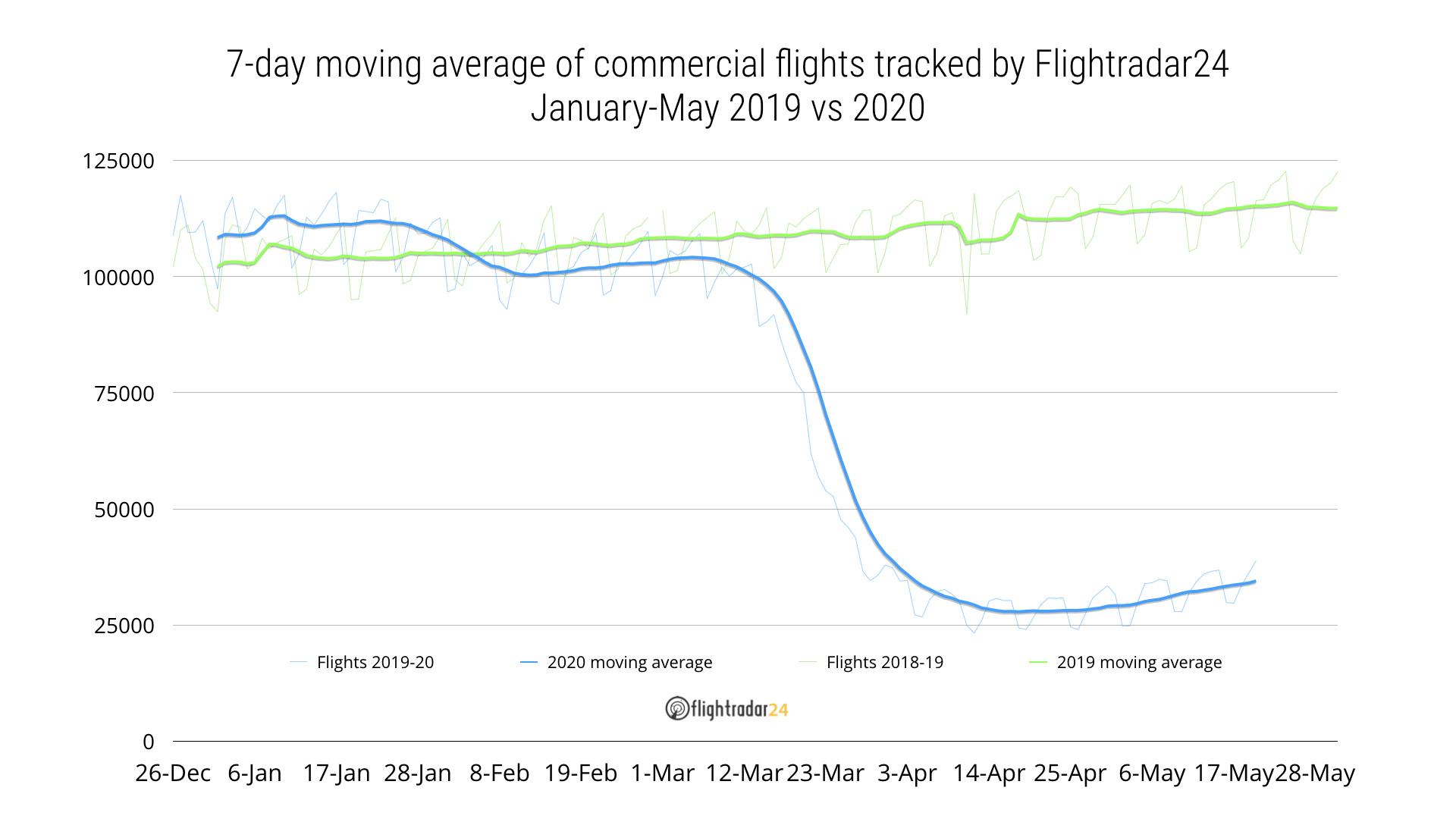